“One of the finest masters of the genre”

“One of the finest masters of the genre”

Frank Ferrel is widely regarded as a leading authority on North American traditional fiddle music. Along with his collecting, publishing, and music research, he is considered to be one of the leading American fiddlers performing today.

Frank begin his fiddling career at age 8, being first influenced by his grandfather, a traditional musician and native of Ohio and West Virginia. In the early 1970’s, while teaching in New England, He rekindled his interest in traditional fiddling under the influence of local Irish, French-Acadian, and Canadian Maritimes fiddlers. Mr. Ferrel has kept active musically over the years playing for major festivals as well as local music sessions and dances. Frank has made numerous appearances on the nationally broadcast American radio series, A Prairie Home Companion, and is included on their anthology recording, “PHC Tourists.” He has performed with the legendary Celtic group, The Boys of the Lough, both as guest artist on their Scottish Highlands and Islands tours, as well as being a featured performer in numerous festival and concert performances throughout North America. His major label CD release, Yankee Dreams, was chosen by the Library of Congress for inclusion in their Select List of 25 Recordings of American Folk Music. Most recently he was featured in the fall, 2016 issue of Fiddler Magazine. In 2017 Frank was inducted into the North American Fiddler’s Hall of Fame. 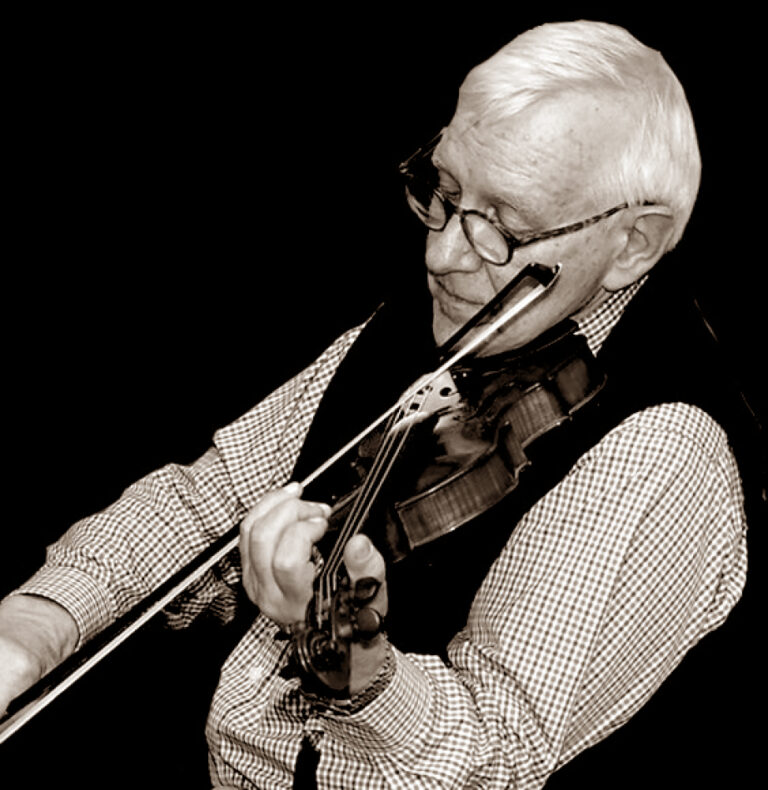